As Gilderoy Lockhart once said, celebrity is as celebrity does. I have no idea what that actually means, but Lockhart was a celebrity himself and was a bit loony. So, he probably knew what he was talking about. The point is celebrities like the rest of us are prone to making strange decisions. The difference is that when they do it it gets documented for the world to see and ridicule.

I of course would never contribute to such disrespectful behavior. At least I normally wouldn’t, if it weren’t for the fact that some of those strange decisions involve, endorsing, truly weird video games. They’re not all bad of course. Tony Hawk, John Madden, The Beatles, and more have all put their names to games with a great deal of success. All 10 of these games are real, I promise, I just wish that all 5 of them weren’t real. So here are the 5 weirdest celebrity-endorsed video games.

David “the Half” Hasselhoff has made many questionable decisions across his storied career. His reality show, his musical dabblings, the Spongebob movie. He actually scratched that last one that was an oscar-worthy performance. Otherwise though, questionable decisions all around. One such decision came in 2014 when he launched Hoff Zombie Beach. In this mobile game, players take control of a very strapping lifeguard. Slaughtering waves of the undead who are just after an ice cream or something.

The game includes nods to some of his most famous tv roles and even features some definitely unlicensed cameos of some of his old co-stars. If you’re wondering why you aren’t seeing any actual gameplay footage right now, well, we’re not sure anyone ever actually played it. And it’s been removed from the App Store so I can’t play it, either I’m heartbroken. Regardless Hoff Zombie Beach, seems like it was at least a harmless way to pass some time on the toilet, and I’m sure that is exactly the vision the great man himself had in the first place. This could only come from the mind of the man who single-handedly felled berlin.

Athletes and video games can either go together like peanut butter and jelly. Sports and sport management simulators like EA FIFA or NBA 2K where players need to collect cards of players, coaches, and so on to use it against other players, like in Hearthstone. This genre is so popular that many players use services similar to the Hearthstone boost like this to overcome their rivals. One case of the latter is Michael Phelps Pushed the Limit endorsed by the 28-time Olympic Medalist. Michael Phelps Pushed the Limit is disappointingly not a limit-pushing simulator.

It is however a swimming simulator. That’s not a phrase you hear very often in video games. And there’s a good reason for that. Whilst swimming is an incredibly intense sport that requires years of training to master. It’s not what many people would call exciting.

That might explain why swimming and video games very rarely match up unless you include the swimming parts of Mario and Sonic at the Olympics or the water temple in ocarina of time. And we all know how people feel about that. Add in the fact that this game uses connect controls meaning that nobody could control it at all. And the end result was a slow, dull, broken experience that left gamers feeling less like Michael Phelps and more like seeing the guy next to you relieve himself in the local swimming pool.

Wikipedia informs me that NSYNC was incredibly popular. Word the band gave us the likes of Justin Timberlake and Justin Timberlake’s friends. Regardless, they sold more than 70 million records in the seven years they were together. You essentially play as the band’s tour manager, if that sounds in any way glamorous to you, the game quickly corrects your misunderstanding.

You basically run errands for the band, taking them to the post office, making them burgers, and playing hacky sack with them. You know, none of the fun stuff that comes to mind when you think about hanging out with pop stars. I don’t have the figures on how well this game sold, but considering it was only available on the Gameboy color, and you can still buy a new copy for less than ten dollars, it’s safe to say that it and the gang.

From the title alone, you’d be forgiven for thinking there was zero celebrity involvement in this game unless perhaps it conjures up images of tiny sprites of Lenin and Gandhi. I really want to play that game. 8-bit rebellion is a mobile game featuring the music and members of angsty teenage mainstays, Linkin Park. The game’s plot revolves around pixel corp, an evil company that has stolen one of Mr. Park’s songs, and the band’s quest is to get it back.

The game takes place across six environments modeled after the six members of Linkin Park. Gameplay is fairly standard considering it’s a mobile title, but the real appeal lies in its soundtrack, which features chiptune versions of some of the band’s biggest hits, and a brand new song written solely for this game. 8-bit rebellion didn’t review all that well but it’s not a bad game by any stretch. The band worked closely with developer artificial life to produce the title, so it’s clear they were passionate about giving their fans the best experience possible.

If there are two things we know about here at team triple jump, it’s video games and cooking. But what about video games centered around cooking? Well, beyond a certain maternal figure, our experience is limited. Jamie Oliver to bestow his wisdom upon me, just as he bestows the high street with mediocre Italian restaurants. What’s cooking with Jamie Oliver was released for the Nintendo ds in 2008, this game was published by Atari.

Does this mean we’ll finally be getting the long-awaited Jamie Oliver slash pong crossover? Oh, I sure hope so. While we wait there, we’ll have to settle for what’s cooking and that’s a shame because it sucks. This game is about as generic as you can get. You follow recipes, perform tasks using the touchscreen and share the end result with friends with the booming god-like voice of Jamie narrating your every move. The game was well stocked with over 100 recipes and the ability to create your own but it didn’t click for consumers. And the game was pulled from shelves faster than turkey Twizzlers were mercilessly axed from my school dinners. I still haven’t forgiven him for that. 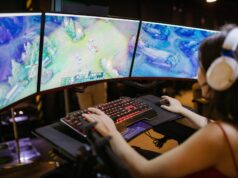 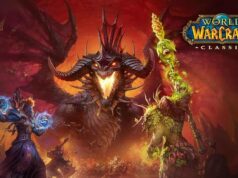 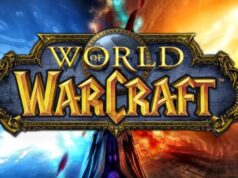 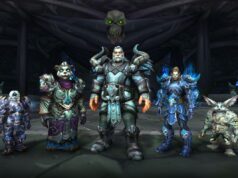 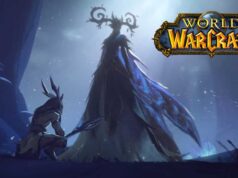