In the past two decades, comic book movies have dominated the box office. From Blade, to X-Men, to Spider-Man to Iron Man, until today, movies that are based on comic books are being produced left and right.

But are there already too many?

Back in the early 2000s, movies of the same nature were being produced and released only around once or twice a year, usually during summer time. Action movies, drama, sci-fi, horror, and all other genres were actually playing on an even playing field. Fast forward to the birth of the Marvel Cinematic Universe, the interconnected franchise forward definitely changed the industry for better or for worse. Several film studios have followed suit, however most have been unsuccessful in recreating the success that Marvel has accomplished. Marvel has spent so much time and money on this franchise that it has elevated itself into the top of the world. With its poster boy, Robert Downer Jr even being the 5th highest paid actor in 2021. Read more about it on slingo.com.

Compared to the old frequency of releasing films once or twice a year, in a span of less than two years, from Black Widow to Thor: Love and Thunder, Marvel Studios have already released 6 full-length films. This is still not counting Sony-produced Marvel films, DC films, and Marvel Shows that can be watched on Disney+. The Comic Book Movie genre has been definitely dominating all of media and pop culture and is projected to dominate for years to come.

Because of all the buzz surrounding this genre, there is no shortage of complaints in terms of quality either. Thor Love and Thunder just recently released and there are reviews and comments about the film that are nothing short of terrible. No movie is perfect, and all movies share a fair share of criticisms and short-comings. Not to mention that all these projects have a huge CGI fight scene that people have already been complaining about for years on end. Also, another thing that people have been complaining about is the “Marvel Comedy”, that the product is too light-hearted and always funny, without any emotional weight. These movies have their fair share of corny and tongue-in-cheek moments, but we cannot deny the fact that the franchise, despite its flaws, has been very successful all throughout.

What is Comic Book Movie Fatigue?

The fatigue that people are talking about is because Marvel (and other studios) have been releasing too much content that people are having a hard time catching up. And because of the said frequency of films being released, and a short window between these movies, a significant amount of people are tired of seeing films of the same nature over and over again.

The reviews of recent releases are also not helping this fatigue. People are accusing Marvel (and other studios that emulate the Marvel formula) to be in a rut. To be in a state that these said studios can no longer bring something new to the table. There is a famous saying that quality is better than quantity, however QUANTITY with a huge loyal cult following brings in more cash to the table. With a brand so strong as Marvel, there is no reason to slow down on production. There is no reason to produce less films in a year. And with the money they are raking in, there is no shortage of funds to get the best directors, best cast, and the best crew in.

Should Marvel Slow Down?

No. It doesn’t make sense for Disney to slow down. However, in contrast to this, Marvel has to hire better creatives and better writers because the quality of movie-making, based on the reviews of loyal fans, has been deteriorating.

Slowing down isn’t the answer, but improving the quality of the product.

When the COVID-19 pandeming hit every major industry in existence, it became very difficult for all of Hollywood to make and produce films. This affected Marvel as well. There were several protocols in place that needed to be complied to. The set, the cast, the crew, it affected every aspect of filmmaking. And because of all these, it affected the overall quality of the films as well.

With all these protocols being eased up in recent day, people should be optimistic and more understanding in regards to recent releases. There is always a light at the end of the tunnel. The films that are being produced right now are being made in more relaxed pandemic protocols compared to the previous year. This eases some pressure and frustrations off of filmmakers working on current projects and would surely have an effect on future releases.

Is the Fatigue True?

The Fatigue is subjective. It’s different from each person’s perspective. There are data that would claim that it is in fact true, but by the overall side of things, the superhero genre is just getting bigger and bigger. The internet plays a huge role in the opinions of people and because people can post anything in less than a second, there are also people that are quick to believe and this affects peoples opinions. If there is a huge number of people that hates a genre, yet the genre still thrives because of millions of fans, then it shouldn’t matter.

It may be true or not but at the end of the day, the only opinion that matters is yours. If you like something, don’t let anyone else ruin that for you, no matter how bad and terrible it is in the eyes of the general public. The genre is still growing and will continue to dominate for years to come. Critics and netizens might say that a film is good or bad, but only you can truly know whether you like something or not. 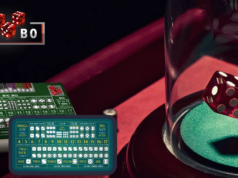 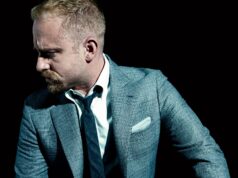 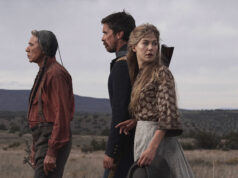 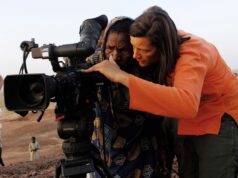